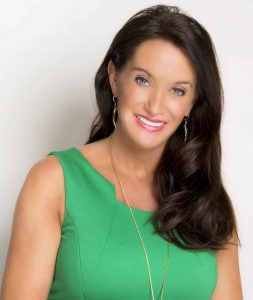 Growing up in a very comfortable middle class home, it would have seemed that Ann White had everything anyone could want. But money does not equal spiritual, mental or emotional health. Her dysfunctional family life left her feeling empty and alone until at 19 she found Christ. Content to be led along rather than explore the depths of her newfound faith, it took twenty years before she responded to the moving of the Spirit to explore and feed upon the Scriptures. From that, she had a longing for other women to be all they could be in Christ. Following God’s leading, her heart opened to women who were neglected, abused and abandoned. But how to reach them?

She began by writing her story in a book entitled, Courage for Life. In it she explained how God led her to spiritual and emotional health through the Scriptures. Outlined were seven key steps that she had experienced and now urged her readers to discover for themselves. They are listed in an anagram.

U – Uncover your true self and unmask your authentic identity

A – Accept the things that you cannot change

G – Grasp God’s love for you

E – Embrace a life of grace

Although her ministry is meant to help all at risk women, White found that the most promising and receptive audience is women in prison. Nearly 220,000 women are incarcerated nationwide, with a population annually rotates approximately 60,000 women in and out. It is a field white unto harvest. The mission of Courage for Life meshes perfectly with the needs of inmates: “To help women gain their God given courage in order to pursue their God given dreams.” A 12 week study, a simplified version of White’s original book, is provided free to inmates. Starting a group first in a local county jail and expanding from there, two states have allowed Courage for Life study groups to operate in their entire system. Negotiations for additional states to allow them in are looking very promising. 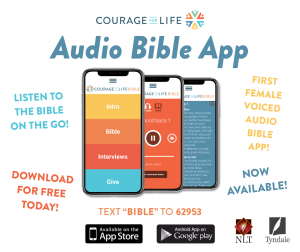 As they got further into it, they found that many women struggle with illiteracy or poor reading skills. The simple answer was to have them use an audio Bible. But most audio Bibles are read by men. Because many at risk women have been victimized by men, it was a deterrent to their accessing this resource. The answer was to record the Bible read by women, not with high drama but in the soothing, reassuring voice of a loving aunt or grandmother. Using the highly acclaimed New Living Translation, the women’s audio Bible is available as a free download using the app “Courage for Life Bible.” Although all the Bible has been recorded, some books remain in production with the full Bible to be released by fall.

The Salvation Army, which has long been involved in prison ministry, is pleased to know there is another ally in addressing the needs of those whose lives have taken an unfortunate turn. For more information check their website: https://courageforlife.org

May God bless our sisters in Christ who are reaching the lost.

← Colossians 3 vs 11 Being the Most Good: Empowered Evangelism →