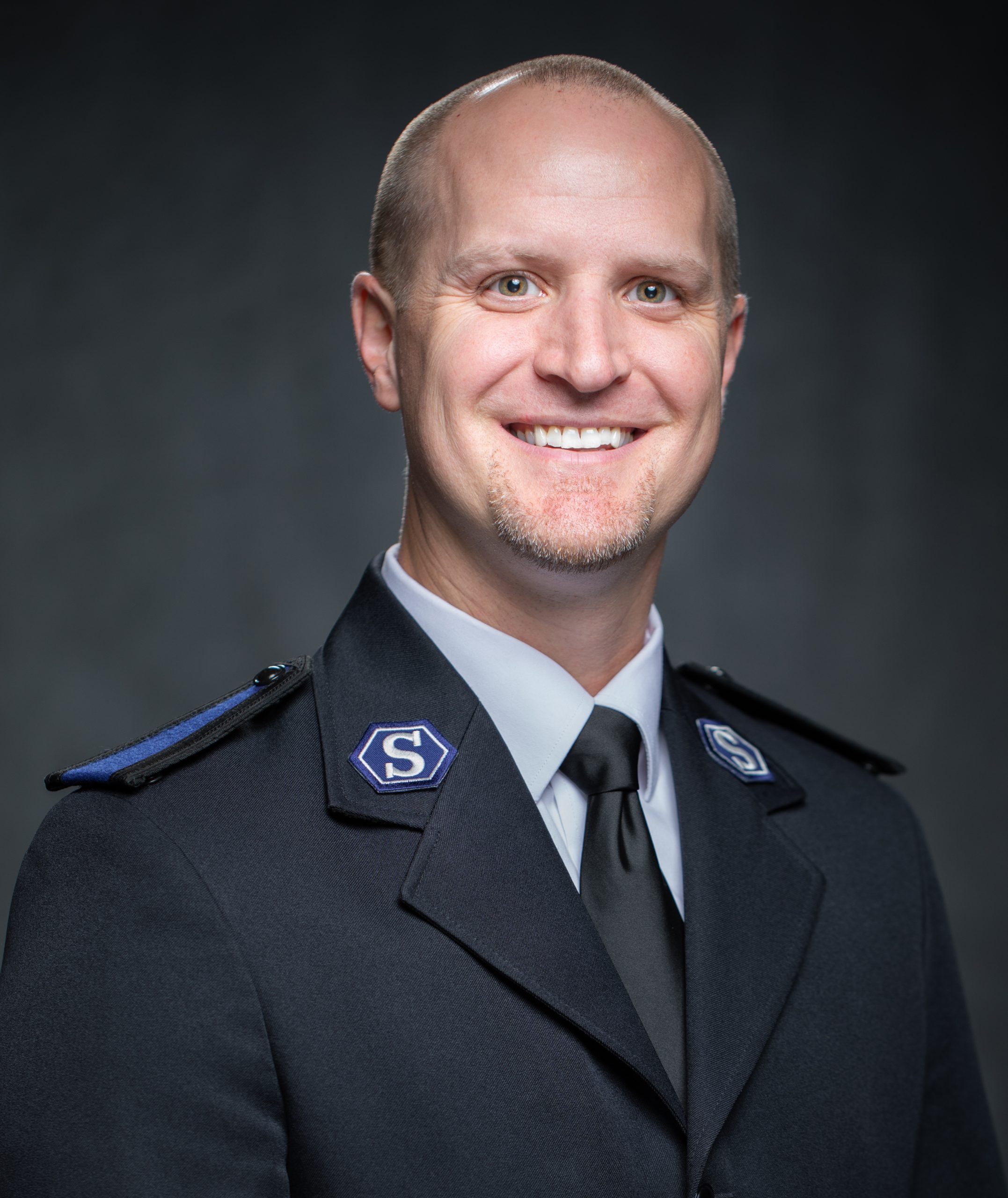 Born into the Army as a sixth generation Salvationist, Jeremy Rowland was immersed in all that was Salvation Army from the day his mother carried him into the corps. As a child of officers, he moved from place to place but chose Grand Rapids, Michigan as his “home corps.”

Jeremy moved to Lawrenceville nearly six years ago to take over the Supplies and Purchasing Department at THQ, becoming the first non-officer to take on that responsibility since the territory began in 1927. He became the corps sergeant-major of the corps, serving there with his wife. Married to the former Danielle Bailey, the Rowlands are immensely proud of their two young boys. Danielle, the daughter of Central Territory leaders Commissioners Brad and Heidi Bailey (who served in the Southern Territory until they took on this appointment), she was born in Chile. The missionary zeal of her parents has been passed on to her, not only for people in other countries but for those without Christ where she lives. Together they host a small group weekly Bible study in their home.

There was a point when Jeremy decided, independent of his parents’ commitment, that the Army was his. “Once I started taking on leadership roles, I thought ‘This is how I can serve, and these are the gifts God has given me. I can use them not only to serve Him within The Salvation Army but to build His kingdom through The Salvation Army.”

As he matured and became involved with the Army, an idea of the ideal soldier evolved. “It is somebody who understands how to live out their Christian calling through the mission of The Salvation Army. It is not someone who sits back and waits to be told what to do. Someone who is proactive, seeing a need and then saying, ‘Here is the need. Here is how I can help.’ Not everything will work. Not every idea can be implemented. But thinking ‘I’m here. I can help.’”

Asked what the Army offers to young adults, Jeremy was candid. “We can do better with young adults. That’s one of my main concerns. How do we disciple and empower young adults to live out their faith through The Salvation Army? We are losing a lot of young adults. Having said that, there are opportunities. I believe in small groups. In my corps (Lawrenceville, Georgia), we use small groups effectively.”

Jeremy expresses his concern about the Army’s tendency to be internally focused. It is more comfortable to take care of ourselves, he maintains, but the real goal should be to follow “our true calling in an outward focus to bring people to Christ and discipling them.” He believes The Salvation Army can be very attractive to newcomers but to reach them we need out-of-the-box thinking. It can be uncomfortable. but it is needed. He expanded, “Our lives can be so internally focused. Many of us work at the Army, our community group is the Army, our free time is the Army – everything is The Salvation Army. So, at what point do we get out into the community?” Part of the answer for him is to coach Little League baseball with his kids.

Although it is important to have an outward focus, Jeremy is careful about her personal walk with the Lord. A dedicated student of the Bible, he believes that prayer is also essential for a strong spiritual walk. He believes he is further strengthened by corporate worship such as Sunday morning as well as small groups.  “I never want to settle for mediocrity in my life. I am on a journey, looking forward to wherever the Lord takes me. I am constantly reading, mostly to find out how I can dig deeper with God and His Word.”

He joys in seeing people draw closer to the Lord. When people get saved, he rejoices with them. When people face difficulty and find themselves stronger on the other side, it brings him great joy. When people step up and find a place of service, when it dawns on them that this is where God was leading them, he is deeply encouraged.

His selflessness and zeal brought him to the attention of the territorial leadership who, in August 2019, named him the Territorial Sergeant-Major (TSM). Asked what that was like, he responded, “I would never consider myself a leader like that. Your first reaction is to say no. But when you pray about it, you realize that this is a time to step out in faith. God uses us and empowers us to fulfill what He calls on us to do.” As TSM, he sits on the Territorial Executive Council, oversees the Territorial Soldiers Ideas, Needs and Concerns (TSINC) Committee as well as representing the soldiers of the territory on a number of territorial matters. What has impressed him since taking the position? “The leaders genuinely care about the soldiers. They value the impact and the voices of soldiers. Seeing what is going on around the territory is amazing.”

When his divisional commander was asked to describe Jeremy in one word, he didn’t hesitate – “Passionate.” His corps officer, Captain Jeremy Mockabee, shared, “Jeremy is invaluable in what he offers, not just Sunday morning but his commitment to the corps and its ministries Monday-Sunday. He helps with youth and music activities, prayer meetings as well as extracurricular activities like our Homerun Derby and Church in the Park, What I appreciate about him as much as anything else happens whenever anyone talks to him. No matter what else is going on, he stops to listen and what is important to you becomes important to him. He is a great role model of a dad, husband, local officer, Salvationist but most of all, a follower of Jesus Christ.”

We thank God for Jeremy Rowland, a Soldier of Salvation.