It was 1950.  The wounds of World War II had barely begun to heal when the friction between North and South Korea sparked into an armed conflict that would last three bloody years. World tensions ratcheted tighter.  Lines were drawn. Sides were taken. All the elements needed to push the world into another global conflict were in place.

Preparing for the worst, the U.S. Navy partnered with the shipping company United States Lines to construct a ship that was intended to be the largest and fastest troop carrier of its time – the SS United States. Completed in 1952, she was designed to quickly carry as many as 15,000 soldiers to any war zone in the world at the incredible speed of up to 44 knots (just over 50 mph). This amazing ship had the astonishing ability to travel 11,000 miles without stopping for fuel or supplies.

Since the Korean War ended in a stalemate in July of 1953 the SS United States never carried the troops she was built to transport. Instead, she was ultimately fitted out as a luxury cruise ship, serving as such for the 17 years of her service time. Given that the carrying and pampering of passengers as they visit exotic ports-of-call requires a very different approach from transporting troops to an armed conflict, massive modifications had to be made. The no-frills accommodations that would’ve adequately billeted 15,000 soldiers were scrapped in order to increase the comfort level for the new maximum of no more than 2,000 guests as they would casually sail back-and-forth across the Atlantic.

Troop ships and luxury liners have radically different purposes. The function of a troop carrier is simple: to get large numbers of soldiers where they are most needed as quickly as possible. Victory often hangs in the balance. Timely intervention is crucial. Strategic urgency removes any thought of pampering or providing excessive comfort to those on board. After all, they are soldiers with a mission – not mere passengers on a holiday. And as soldiers, they are needed in specific places to fight specific battles. There is an enemy to overcome, and a war to be won.

With cruise ships, however, nothing is urgent. In stark contrast with troop ships, everything that takes place on a cruise liner is completely about the comfort, the wishes, the enjoyment, and ultimately the contentedness of the passengers.

Is The Salvation Army in danger of following in the wake of the SS United States, I wonder? Our history clearly confirms that our original purpose was never to settle into the predictable patterns and comfort-driven attentions of the “cruise ship” concepts of conventional church. Commissioner George Scott Railton, among several others, explicitly confirmed this very fact. In his book Heathen England, Railton minced no words as he strongly declared:

“We are not and will not be made a sect. We are an army of soldiers of Christ, organized as perfectly as we have been able to accomplish, seeking no church status, avoiding as we would the plague every denominational rut, in order perpetually to reach more and more of those who lie outside every church boundary.”

In 1878, the year we changed our name from The Christian Mission to The Salvation Army, William Booth addressed a gathering of thousands attending the Army’s War Congress.  In the opening session, he reinforced this theme:

“We are sent to war! We are not sent to minister to a congregation and be content if we keep things going. We are sent…to stop short of nothing but the subjugation of the world to the sway of the Lord Jesus.”

Even Catherine Booth weighed in on this matter by writing:

“A barracks (i.e. corps) is meant to be a place where real soldiers were to be fed and equipped for war, not a place to settle down in or as a comfortable snuggery in which to enjoy ourselves. I hope that if ever they, our soldiers, do settle down God will burn their barracks over their heads!” 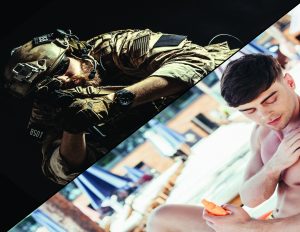 Our founders had a crystal-clear view – a God-given view, they would argue – of exactly what Salvationist mission and purpose was established to focus on and strive toward. Nothing less than the salvation of the entire world! Consequently, we were built to be highly mobile, and mission focused. Thoughts of “settling in,” becoming “comfortable,” and being content to merely maintain a contented congregation had absolutely no place in their plans.

There is an undeniable weight of evidence attesting to the success of their strategies, tactics, and views. Our history clearly shows that our “troop ship” approach of sending soldiers into areas where they were most needed attracted a wide and often colorful assortment of scrappy sin-brawlers. We were considered highly dangerous to the enemy of our souls! With little thought for such considerations as personal comfort and convenience, a vast number of our Salvationist forebears were willingly deployed to the roughest parts of town – or even the world! – where they’d spit in the devil’s eye and rescue as many as possible from hell.

Salvationists were once recognized across church-world for being extremely effective, frontline fighters against sin and the powers of hell. Commissioner Israel Gaither, when he was The Salvation Army’s Chief of the Staff, even referred to us as “the ‘special forces unit’ of the Church on earth.”

Friends, we have a rich heritage and legacy that our enemy hates and would like us to forget. To help bring us to that very end, he proposes a seducing swap. In exchange for soul-winning effectiveness, which is frequently inconvenient and sometimes comes at the cost of sacrifice and even ridicule, he offers us congregational comfort and favor with our culture and the world.

Tell me, as modern-day Salvationists, are we still fit for our original purposes, or have we perhaps reconfigured our ship for something far more comfortable for us and far less demanding of us?