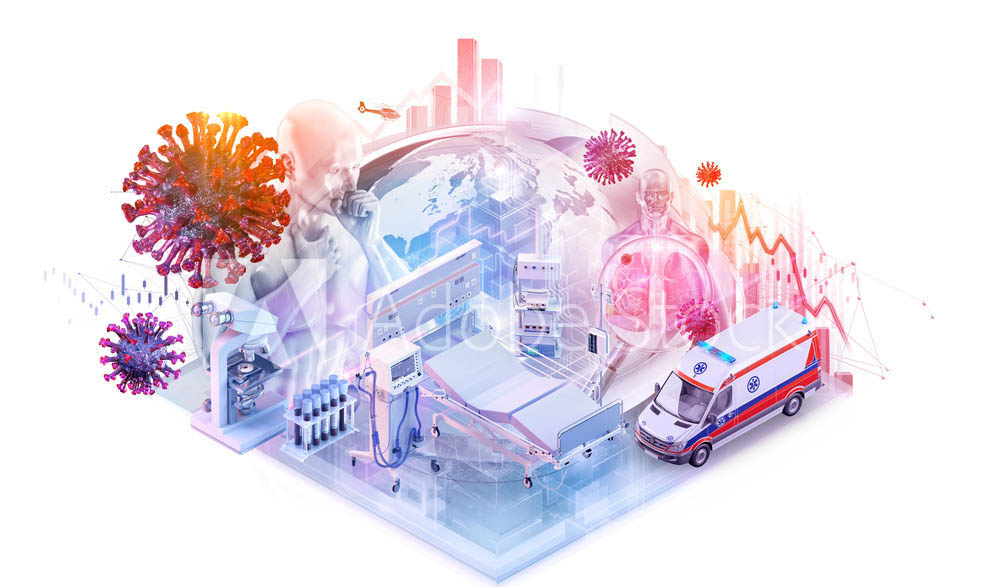 On March 11, 2020 the World Health Organization (WHO) declared COVID 19 a pandemic. From its small beginning in China, the virus rapidly spread to other countries until only a handful were unaffected. So serious was the crisis, country after country implemented shutdowns of business, worship services, schools and colleges, entertainment, the food service industry – any place where people might gather and give the virus the opportunity to spread. Despite the precautions, COVID 19 continued and continues to infect people until millions fell victim and hundreds of thousands of people died.

Although there has been discussion and planning about what to do in the case of a pandemic, when it came it was with the force of a tsunami. Normally busy streets were abandoned. School children left their desks one day and then found out they had spent their last day in school for the year. Grocery store shelves were emptied as panic buying created massive shortages. Millions were suddenly out of work and too many were quarantined with inadequate food, not enough money and without needed disinfecting supplies to minimize their risk. In a moment a bright and blossoming world overnight became a bleak, confusing and frightening place.

Like everyone else, The Salvation Army found itself in uncharted waters. There was a vague understanding that something like this might happen someday – after all, Hollywood has been trying to destroy humanity with plagues in its storylines for decades. But what seemed a remote possibility battered down the door labeled “Someday.” And even before the Army fully grasped what was happening, it mobilized a response.

Realizing that hosts of people were blindsided, the Army immediately thought of its traditional social service clientele. Who would serve the homeless when doors were locked down on every street? Who would feed the families whose jobs suddenly evaporated? What would happen to those who called the Army home whether they were women staying in a domestic violence shelter, abused children already caught up in an earth shattering whirlwind, the beneficiaries who were piecing their lives together in our ARCs or the families found themselves detoured on their Pathway to Hope? We knew the answer. It would be us.

Outreach to those most vulnerable drove Army personnel to adapt in creative ways.

Although initially it only looked like the shutdown would last a couple of weeks, many officers and soldiers leaped into action to provide for the spiritual needs of their corps. Using such platforms as Facebook, YouTube, Zoom and Skype, overnight there was an explosion of corps that began to provide worship meetings, Bible studies, Sunday school, Corps Cadets, Junior Soldier classes, discipleship groups, Women’s Ministries meetings, teen gatherings and other ministries online. Very few had any specific training on how or what to do but the beauty of our current day is that it can be done with nothing more than the smartphone most of us carry in our pockets. The mission minded Salvationists of the Southern Territory found a way to get it done.

I viewed around fifty different Facebook and YouTube videos that were offered by corps around the territory. The settings varied widely. Many were done in the corps building, devoid of any live congregation. Others were done in the officers’ quarters or from soldiers’ homes, outdoors or in the office. The level of presentation ranged from simple to sophisticated. Some were a straightforward live presentation with no whistles and bells while others were productions that spliced together various live or previously recorded music, prayer, Bible reading, testimonies, sermons and of course, announcements. The time of each production were as short as seven minutes to well over an hour and a half.

In commenting on what was going on, Lt. Colonel Eddie Hobgood, territorial program secretary, said, “We have been so impressed with what has happened. No one told people to do it. No one spurred them on. It was done because of the deep sense of mission our Salvationist brothers and sisters have. We have been pleasantly surprised at the quality of the musical presentations as well as the high level of biblical and doctrinal content of the messages presented by our officers and soldiers. It has been nothing short of exciting.”

The first division to leap into action in providing worship meetings to be shared for the corps was Kentucky/Tennessee. Major Art Penhale, divisional commander,

shared, “We decided quality worship would need to be united to keep people connected so we decided the avenue we would take was an online divisional service.” Other divisions that provided similar support were the Arkansas/Oklahoma and North and South Carolina. Corps were still free to do their own online meetings if they chose but were given the option to link to the divisional meetings. Speaking for the efforts of the Georgia Division, the divisional commander, Lt. Colonel William Mockabee stated, “Instead of being paralyzed by fear, we took action.”

Later, a four meeting series was offered by territorial headquarters, spearheaded by Major Anne Westmoreland, assistant to the territorial program secretary. Asked what led the territory to provide the meetings, she responded, “The territorial leadership approached the program secretary to put together four worship services, partly based on requests from the field and partly to bring us together as a territory in an uplifting and hope-filled united worship service. We were also concerned for corps officers who might be weary of creating alternative worship experiences each week and let them rest a bit while they themselves received from the Lord.” Officers, soldiers, musical groups, Scripture reading and testimonies that comprised the meetings extended across the territory.

Both the Florida Division and the Kentucky/Tennessee Division had virtual women’s retreats that spanned the weekend. They were gratified to not only have a large number of the expected women to “attend” but find that hundreds more tuned in from locations around the globe.

In the Texas Division, the Music and Arts Department provided online performance and accompaniment support for corps ministry through the “Worship Hub” that included:

The music and arts departments in several other divisions hosted or broadcast similar events.

The National Capital and Virginia Division, acting in response to those disappointed by the cancellation of youth councils offered a virtual youth councils. Accustomed to a crowd that normally numbered 350, the awards ceremony alone had 2000 views. The North and South Carolina Division as well as the Georgia Division offered youth councils/events as well.

Creativity at the Corps Level

Officers, soldiers and employees showed tremendous creativity despite the limitations of not meeting in person. Consider what was done in the Arkansas/Oklahoma Division as an example:

In addition to these, across the territory many corps conducted drive-in services. A huge ministry was “Church in a Box,” that, as its name implies, was a kit delivered each week to the corps people’s homes that contained a Bible lesson, crafts and games for the children, treats and other materials that families could unpack and enjoy together. A number of corps reported that parents who had not been engaged in their children’s spiritual lives, became involved through this means with promise to connect them to the corps later.

Overall, the hurried mobilization met with outstanding success. But in doing so, since few corps had previous experience with online ministry, weaknesses were revealed. The most frequently voiced concerns were in the following areas:

On the positive side, most who were involved in online ministry feel they will continue to keep it once the crisis is over. They have been encouraged by the outreach to those who never attended any of the regular meetings or programs in the corps. This has included advisory board members, those who stumbled on to the worship services while surfing the web and others who were invited by sharing links. The videos are also a way for people to safely explore the Army when they otherwise might be reluctant to attend a meeting in person.

It may be that open-airs on the street corner are no longer viable but an online presence to do more than fund raising and public relations may become the new 21st Century open-air. We have been forced into a new reality. We were caught by surprise but now it is time to rise up and go forward.

← Kingdom Math All the Time →