Purpose from the Darkness: the Story of Mason Morris 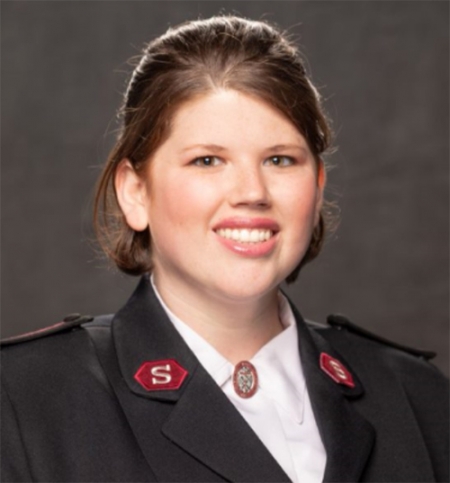 “If you are a beacon of Light do not waste your flame in the clouds with the sun and the moon. Instead plunge yourself into the crevices of this world and burn ever so brightly where you are needed, helping those in the darkness.”

This poem was written as a tribute by Derek “Mason” Morris, a guest at the Center of Hope in Oklahoma City. On Christmas Day Mason found himself on a Greyhound from Colorado to Oklahoma City where he was born. After many years of substance abuse, he finally found recovery in the arms of Jesus who he now sees as the Light that extinguishes the darkness of the pit.

Under the leadership of Lieutenants Benjamin “Jay” and Martha Stegall, Mason accepted the Lord as the Savior of his life. His tribute above is to all soldiers and officers of faith, courage, and humility. Mason has discovered that there is an ever-growing need of Light in every crevice of darkness which lingers even in the most unassuming of places. Sometimes, this same darkness is found within us if we fall captive to our idle thoughts and vices.

For five devastating years Mason found himself addicted to intravenous meth and heroin. He was the walking dead struggling in the darkest streets of California where he was stabbed twice, shot in his leg, and brutally jumped on several occasions. During these excruciating years Mason continued on a spiral downward into his addiction where he was faced becoming a part of satanic practices and the occult.

The demons within his life were becoming more and more obvious. He saw them at every turn, through every decision and in the faces of those who tormented him. Fear and false affection from others seemed to be all he had left in this world.

After five years of failure on the streets a blessing came from pain. Mason severed his tibia and fibula. Although he was helped at the local hospital a week later, he found himself returning to homelessness. He knew deep down that he would no longer be able to defend himself from the predators while he was injured. “If for even a moment you appear weak every one of them (other homeless victims) will strike you down like flaming arrows.”

So, he had to make the decision to leave. Mason reached out to his brother as a lifeline to survival. Together they traveled from California to his brother’s home in Colorado. There physical healing began to take place to the point where he now had mobility with a cane. But what Mason really longed for was true stability.

From Colorado Mason booked a ticket on a Greyhound bus and found himself traveling back home to Oklahoma where he sought help at the The Salvation Army Center of Hope. Here his life began to heal spiritually.

One Sunday morning Mason attended the worship service where the song, “Come as You Are” wafted through the chapel. He was overwhelmed by emotion as the five years of pain, terror and failure flooded his memory. He surrendered his life to the Lord on this day and since has not looked back. He knew he must surrender himself fully to the God that created him, provided for him, and healed him completely. For our God has the victory, no power of darkness nor evil could ever extinguish the flame of light and love for His children.

“There are so many beautiful souls that are trapped and desperately need the Light and Love of Christ to find a way out of the darkness.”

Though Mason still faces all of these challenges he now knows and understands the most important call on his life. Mason is committed to being a righteous warrior infiltrating the storms of darkness to rescue the perishing. He has faced the battles that come from the enemy and knows of the dangers that can creep in unexpectedly. His life’s calling is to reach out to those in despair like he once was and to be able to share the soul saving love of Christ.

“So do not fear, for I am with you; do not be dismayed, for I am your God. I will strengthen you and help you; I will uphold you with my righteous right hand.” Isaiah 41:10

← Out of Style Prayer to the Trinity →