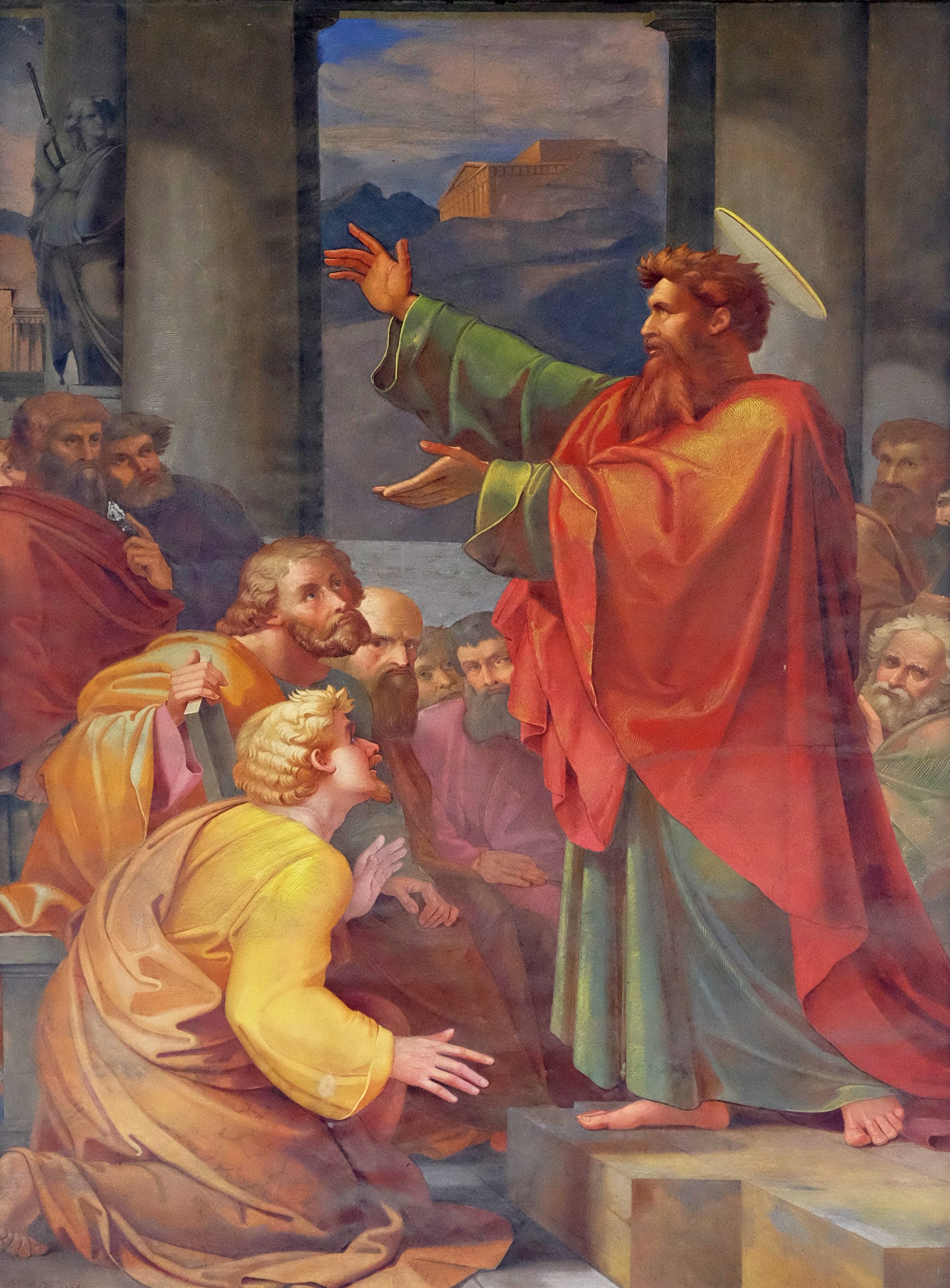 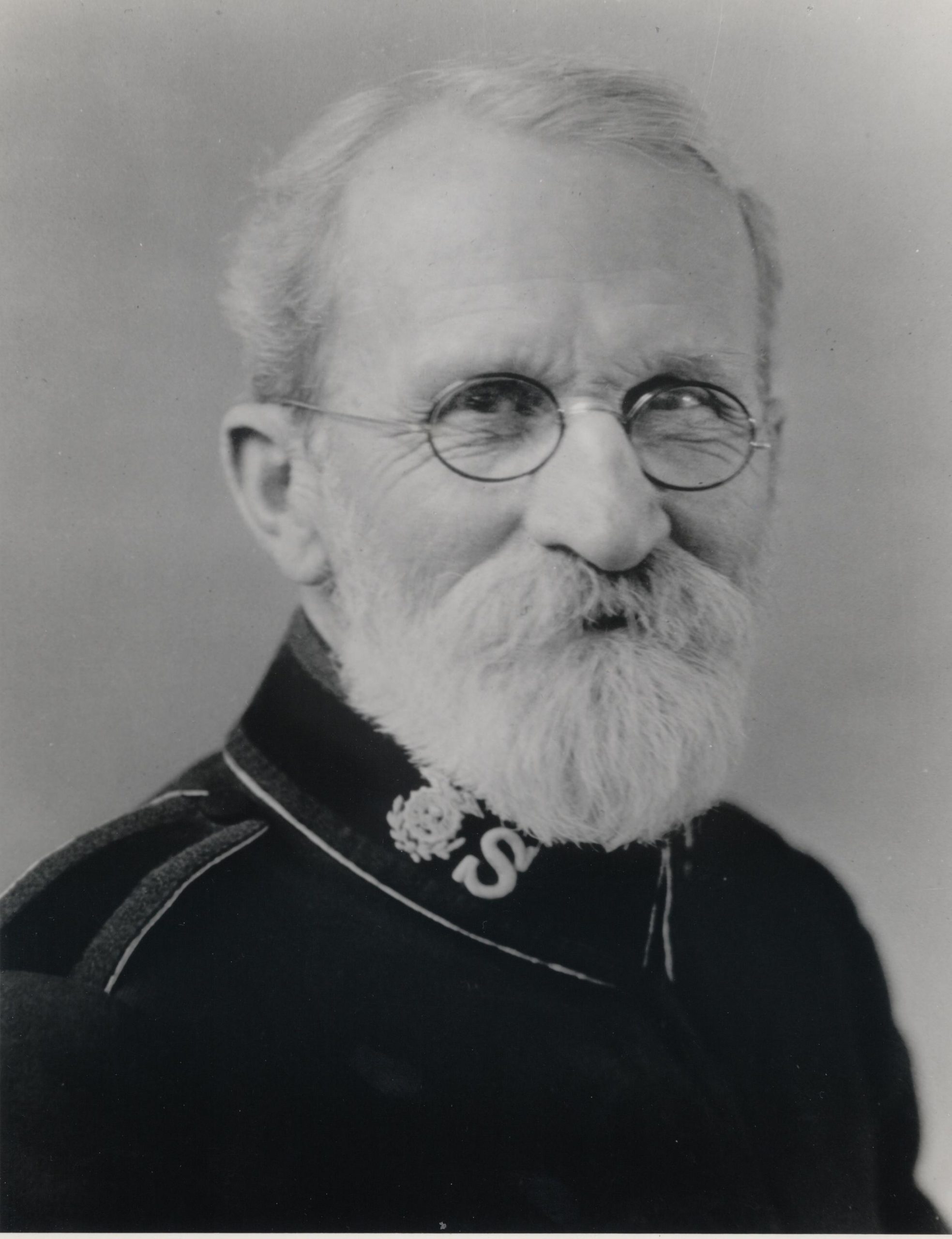 At Iconium Paul and Barnabas went as usual into the Jewish synagogue. There they spoke so effectively that a great number of Jews and Greeks believed. Acts 14:1

Bless God for such preachers and such preaching! How did they do it? What was their secret? I think it is threefold.

They must have won the crowd by the sweetness, grace, persuasiveness and earnestness of their manner. They wanted to win souls, and they suited their manner to their purpose.

Solomon said, “One who loves a pure heart and who speaks with grace will have the king for a friend” (Proverbs 22:11).

This speaking with grace is not a thing to be despised. It is rather something to be thought about and prayed over and cultivated. It was said of Jesus, “All spoke well of Him and were amazed at the gracious words that came from His lips” (Luke 4:22), and a police captain said of Him, “No one ever spoke the way this man does” (John 7:46); and doubtless this graciousness was not only in what He said, but also in the way He said it. His manner was authoritative, yet gentle; strong, yet tender; dignified, yet popular and familiar. You can say to a little child, “Come here, you little rascal,” in such a sweet manner as to win his confidence and draw him to you; or you can say, “Come here, you darling child,” in such a rough, coarse way as to fill him with fear and drive him from you. It is largely a matter of manner.

David Garrick, the great actor, was asked why he could mightily move people by fiction, while preachers, speaking such grave and important truths, left them unmoved. He replied, “They speak truth as though it were fiction, while I speak fiction as through it were truth.” It was a matter of manner. A woman so far away from the evangelist George Whitfield that she could not hear what he said, was weeping. A bystander asked her why she wept since she didn’t know what he said. “Oh,” she said, “Can’t you see the holy nodding of his head?” His manner was matchless. Why, then, should not people who are seeking to save souls and win people to Christ, seek from God the best manner to do this?

I judge that not only was their manner agreeable and attractive, but their subject was interesting, serious and unspeakably important. They preached the Word; they reasoned out of the Scriptures; they declared that the prophecies were fulfilled, that Jesus Christ, the Son of God, of whom Moses and the prophets wrote and spoke, had come, was crucified, was buried, but was risen again, and that through obedient faith in Him, people can have their sins forgiven, their hearts purified and their whole being sanctified and filled with God. It was not stale platitudes they preached or vain babblings about the Seventh Day, about baptism or feet-washing, incense and vestments or harsh criticisms of authorities and the “powers that be,” or various strange doctrines but it was “they must turn to God in repentance and have faith in our Lord Jesus” (Acts 20:21). This was the substance of their message.

It was a joyful message. It was good news; it was a declaration that God was so interested in people – “so loved the world that He gave His one and only Son, that whoever believes in Him shall not perish but have eternal life. For God did not send His Son into the world to condemn the world, but to save the world through Him” (John 3:16,17). This war-torn, sorrowful old world needs such a joyful message.

It was an illuminating message, It showed them how to be saved from sin and made acceptable to God. It also threw a flood of light into the grave and beyond and brought life and immortality to life. Jesus was “the firstfruits of those who have fallen asleep” (1 Corinthians 15:20). It robbed earth of its loneliness and the tomb of its terrors. It turned the world into a schoolroom and preparation place for the Father’s house of many mansions and made Heaven real.

It was a solemn and searching message. It called people to remember their sins and repent of them, forsake them, and surrender themselves no longer to the pleasures of ease, but to the service of God. They must take sides. If they would be saved, they must follow Christ crucified. Every road leads two ways. If they put away sin and followed Jesus, He would lead them to Heaven; if they rejected Him they would surely go their own way to damnation, to hell.

The manner may be acceptable and the message true, but if the spirit of the speaker is not right, there will hardly be a harvest of believers. The cannon mat be a masterpiece and the powder and shot perfect, but if there is no fire, the enemy need have no fear. The manner may be uncouth and the message fragmentary and faulty; but if the spirit be right, if it be humble, and on fire with love, believers will be won.

Cataline, a Roman citizen, conspired against the government, and Cicero, the matchless Roman orator, delivered a series of orations against him. The people were captivated by the eloquence of Cicero. They went from him to the Forum, praising his oratory, lauding his rhetoric, extolling his gestures and his graceful management of the folds of his toga.

Philip of Macedonia was planning to invade the states of Greece. Demosthenes, the Athenian orator, delivered a series of orations against him, and the Greeks went from his presence saying, “Let us go fight Philip!”

Doubtless the manner and matter of the two orators were equally above criticism, but they were as far apart as the poles in spirit. One sent the people away, talking glibly, prettily about himself; the other sent them away, filled with his spirit, fired with a great impulse to die, if need be, fighting the invader. After all, I imagine it was this right spirit, this white heat of soul, this full-orbed heart purpose that was the principal factor in winning that crowd of believers in Iconium that day. These apostles were great believers themselves. They were full of glad, triumphant, hell-defying and defeating faith. They were not harassed by doubt and uncertainty. They did not preach guesses. They knew whom they believed (2 Timothy 1:12), and because they believed they spoke (2 Corinthians 4:13), and so spoke that the faith of a multitude of others were kindled from the fire of theirs.

This faith had also kindled in their hearts a great love.

Oh, it was a bright faith and a burning love that set on fire the spirits of these people! And I think this Christlike spirit molded their manner and made them natural and gentle and strong and true and intense with earnestness, with no simper or whine or false emotion mimicking affection; no clang of hardness; no sting of bitterness and no chill of heartless indifference. What school of oratory can touch and train the manner of an actor so that he shall for an instant compare with the untrained, shrinking mother who is suddenly fired with a quenchless impulse for the life of her child? The best teacher of style in public speech is a heart filled to bursting with the love of Jesus, and love and hope and fear and faith for people. A love that makes a person feel that people must and shall be won from hell and turned to righteousness and Heaven and God, will surely in due time, make the manner effective.

Can we now, then, sum up for ourselves the secret of these men in the words of Solomon?  “Above all else, guard your heart, for everything you do flows from it” (Proverbs 4:23).

← I Only Preach on Hell to Christians An Unreasonable Army →